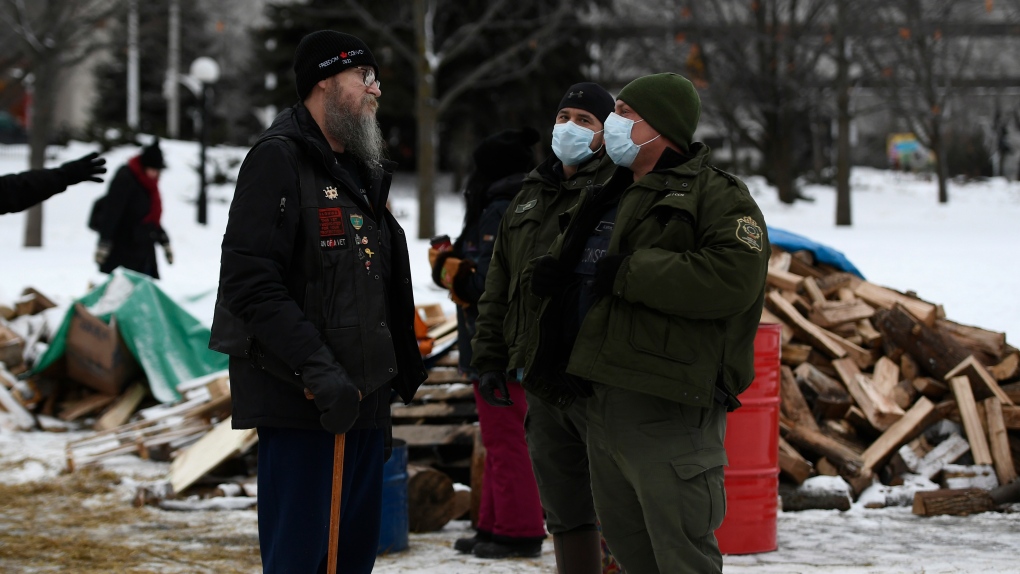 Part 1: Collaborative Activism With The Police, Security and Law Enforcement

Henna Maria discusses how in large demos such as the recent freedom convoy, the activist must be aware that trauma can occur due to the way the event is policed. She discusses the importance of consciously deciding in such circumstances that peaceful retreat is an equally valid and legitimate option.

She gives examples of how police re-enforcement is often contracted in from other jurisdictions and that this can lead to a natural communication barrier due to language differences etc. It also leads to less personal responsibility for the one in the policing role because they are not part of the community the person is there to police and have no ties to the consequences of any brutality or violence that is inflicted upon members of that community.

She also elaborates on how another barrier between the activist and officer is created due to the increasingly armoured way police is presenting in these situations and this also leads to a complete dehumanizing of both the officer from the demonstrator’s point of view and vice versa for the police officer.

Having been part of many large demonstrations herself, Henna goes on to discuss how smaller demonstrations can actually be a more effective way of dialoguing with police because fewer people to police can also mean fewer officers and this often leads to a more cohesive environment for dialogue and understanding to take place.  She also adds that larger demonstrations can be very easily manipulated and infiltrating by other, non-benevolent interests.

Henna addresses collaboration with police as individual officers and human beings is crucial for a demonstration to proceed successfully and peacefully. She elaborates on how when active police officers form part of the demonstration they are well-positioned to be able to dialogue with duty police officers present and both sides are better equipped to deescalate any potential issues that arise.

Activism can be better directed to our peers, friends, family, business owners rather than at those who are actively oppressing us. As an activist herself, Henna notes how it’s a waste of energy and resources to keep protesting the very people and power structures whose very essence is about quashing any rising opposition. She instead suggests that going forward, we direct ourselves to making the very societies we would want to be part of.

She discusses how her organization, Police For Freedom is a complete non-for-profit, grassroots movement comprised of police officers who questioning the growing, overreach of their respective government. The organization’s key goal is to rehumanise society and foster trust between uniformed officers (including other services such as fire-fighters, prison guards, soldiers, veterans) and civilians and it currently has sixteen chapters (and growing), including in Canada with partnerships with the RCMP.

Henna opens up about spending many years with indigenous peoples and working on ancestral healing in the Amazon, with tribal elders. She talks of her experience with the genocide and ongoing hardships endured by the indigenous populations the world over. She relates the recent overreach by the government and the wider Great Reset being implemented by the World Economic Forum, back to how there are similar of not the same undercurrents.

Much of the core of Henna’s activism comes from indigenous values where the activist is an archetype of the healer. This is done by healing the collective by activating its’ true potential and lading by example in what it means to be human and free. She says this is a beautiful time where she is seeing more and more people rise and evaluate their lives and what’s important.

Her vision for the world is to see people returning to their roots and building communities that are built on volunteerism and people who care about each other, throughout the world, yet in small collaborative communities. This is something that has worked in traditions as wide as Andean ones to Finnish. Henna talks about trading skills at an individual level rather than from a hierarchical view.

What is the goal?

Ultimately conscious living isn’t about protesting the ills being caused by governing bodies but rather our freedom lies in recognizing who we are and living from our own activated, humanized truth.