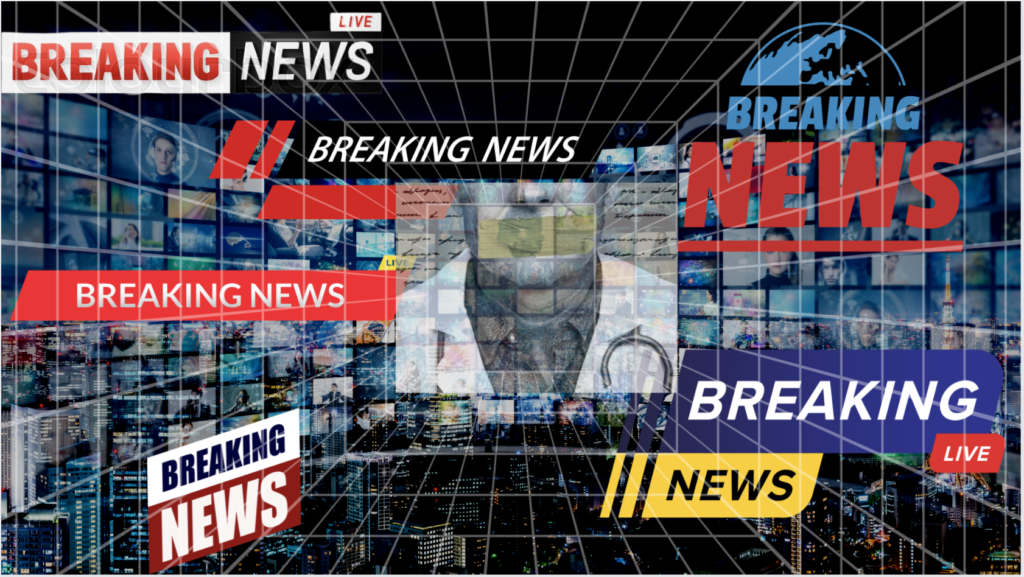 We’ve known for a long time, that news media in Canada has been going downhill – the last two years of reporting and coverage on Covid-19 has solidified that. Journalistic integrity has gone out of the window and the print/broadcast outlets feel more like the “National Enquirer” than professional and reputable media syndicates. The fact is, Canadian media outlets receive the majority of their funding from the government, so it’s in their rather conflicted best interests to stay in line with the narrative the government wants them to put out and not actually report on all sides of a story, contrary to the basics of what is taught in Journalism and Broadcast school.

Like in other professions such as medicine, science and law, journalism has standards, guidelines and protocols. Any good journalist who knows writing, knows that too many conditions on reporting hinder one’s ability to tell the full and complete story. The guidelines outlined below are derived from classic JB school teachings, The Poynter Institute and the writing of Bob Steele, a legend when it comes to journalistic ethics. Mr. Steele’s ideas and writings have had considerable influence over national codes of ethics for institutions like the The Society of Professional Journalists (SPJ) and the Radio Television Digital News Association (RTNDA).

Now, let’s go back to the basics and take a look at some Journalistic Ethics and see how the latest hit-piece created by Ashleigh Stewart of Global News Toronto stands up when we think about a “great piece of journalism.”

Seek Truth and Report it as Fully as Possible

Throughout the article, Stewart casts an accusatory gaze on medical professionals and the lawyers who represent them. However, she does so in a way that simply reiterates that the mandates put forth by Canada’s governments are unquestionable and that no scientific expertise may dissent from them. The only thing this actually proves is that diverse opinions from medical professionals, that encourage scientific debate but do so in a way that questions the government, is Stewart’s real issue.

Both of Stewart’s recent articles attack the medical professionals and their legal teams for using discernment to question some very hardline mandates seen across Ontario and Canada, overall. She completely disregards anything that isn’t taking the same unquestioning position as that taken by Ontario’s Health Minister, Christine Elliott and regulatory bodies such as the CPSO. While she parrots messages by government officials, including painting any differing views and expert opinions as ‘conspiracy theories’ or ‘disinformation’,  she fails to actually investigate the wider sources of diversity or put forth even one other side to clarify what prompts sides to be divergent in their position.

Great journalists seek truth through many diverse voices and world views, especially those that are otherwise marginalized by bigger, self-vested parties.

Be Accountable to the Public

While it’s important to be mindful of one’s viewing audience and their held opinions, morals and values, a journalist should not be guided by the public’s views, nor the government’s. Even if the majority of the viewership favours one side (lets say, segregation of a particular group) solid journalism should not be swayed by that. To seek the views of as many voices as possible, especially those in the minority, and to do so with neutrality is a basic standard. Stewart not only fails to consider any diverse sides to the issue, she actively points her readership in a direction where the one side she presents is the only view to be held unless one wants to be labelled ‘dangerous’ or ‘untrained’ (just two of her choice words).

As only one side of the wider issue was explored and actively promoted by Stewart’s articles, the context set was a pithy attempt at trying to capture what were a host of different issues under just one simplistic banner – that doctors and their legal team had the audacity to explore COVID-19 beyond the narrow and arbitrary scope of that set by the government. As a result, the articles achieved little more than acting as a press kit for government. Further, it did so in a way that placed targets on the backs of the dissenting doctors and their legal teams. From that end, these articles were less journalism and more a campaign against individuals who sought to question government policies through the context of their on-the-ground experiences and expertise.

With zero context provided as to why Stewart chose to take such an angled stance, she did everything but capture the objective truth. Instead, she singled out individuals in what will likely be received as a public license to direct more animosity towards said doctors and lawyers. It was a piece aimed at damaging the reputations of any minority with a diverse or different voice. That is neither good journalism and nor is it supportive of true science, which is an ever-evolving, in-flux discipline whose foundation is based upon constant scrutiny and rigorous debate. The science is never settled and certainly not by a single voice that is amplified by biased hit-pieces.

To be clear, it is possible to be “accurate” but not true. Here is an example : we had to correct a rumour going around about something Galati said in an interview. This was the response: 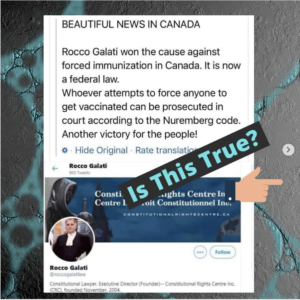 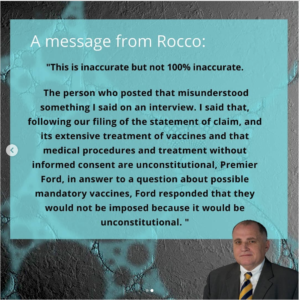 Journalists should provide bigger-picture context to their stories and strive to go beyond speculation and try to explain the “why”, “how often” and “who is responsible”. Unfortunately Stewart did none of this.

As already established, Stewart did not seek any contrary or diverse evidence to balance her reporting, in fact she used her articles to actively  mount a campaign against those who were sources of diverse information. She did a good job in piecing together the events that occurred chronologically, but never really captured the ‘why.’ Something Stewart’s pieces did highlight, is that there are not just a handful, but many doctors out there who are speaking up against the current government policies. While she did contact a number of individuals it was unfortunately done without confliction and bias. Hard-working, honest professionals with integrity who care about their patients are choosing to put their reputations and livelihoods on the line because they have something of public interest to bring to the arena. As a journalist, Stewart has a duty to her readership to investigate why these professionals have a different side to this issue and fully investigate dissenting global and domestic sources, many of which are credible and growing in number.

Evaluating Sources- some questions to consider before publishing

Simply put, the public doesn’t benefit by unacknowledged biased reporting, which is what this is, throughout.

For the fact that only the government’s side is championed in Stewart’s articles and no other sides are investigated but for the sake of disparagement, it is clear that Stewart is not acting independently.

One can see that articles of the caliber of Stewart’s work, do the opposite to minimizing harm on a number of fronts. These include, leading the public towards only one source and counting it as all-knowing with no room for those who represent minority voices and experiences that clearly exist too. Discounting the doctors and lawyers who speak up against popular opinions and policies is essentially discounting the harms that are happening in real-time to members of the Canadian public because those are the people actually represented by these diverse expert voices.

Private citizens have greater ability to control information and misinformation about themselves than those in the public eye, such as the professionals who have been the targets of Stewart’s articles. A journalist with integrity will take better care and understanding to a persons vulnerability and position. They will consider different approaches they can take in their reporting or storytelling so as to respect the wishes and privacy of a person, while fulfilling their journalistic duty. Going back to a standard set by Mr. Steele, ” The journalist’s guideline should not be ‘never invade privacy’; it should be ‘respect privacy.'” The way that the articles hit-out against professionals, providing their details, does not respect their privacy.

Moreover, harm is done to the very voices that seek to represent members of the public who wouldn’t otherwise have a voice in today’s environment.

After reading Stewart’s pieces, we are in fact left with some serious questions of our own:

Why are dissenting professional voices being not just silenced but targeted?

What is driving the completely politicized and biased journalism such as Stewart’s that we are seeing across too many media outlets? To the trained eye, it’s starting to look a lot like a case of compromising all journalistic standards and integrity to avoid biting the hand the feeds.

In February 2020 we invited 3 Canadian doctors into our studio and gave them a chance to explain why they chose to put their livelihood, reputation and careers on the line, what harms they were seeing being done on the ground level and what findings they have. It’s hosted by a Human Rights lawyer and you can watch the segment below.

What the reader must also take note of is that, mainstream media outlets deliver messages and ‘news’ to the public in a way that deems the viewer to be incompetent and unable to think for themselves. There is a sense of false authority in these outlets that renders them unquestionable, it probably comes from the fact they are backed by the government and only answer to their master, not the public, even-though they keep names like “Global News” “Canadian Broadcast Corporation” “National Post”. It is our intention to bring more awareness to how unbalanced the mainstream media has become at a time when voices are being crushed and silenced. What an amazing opportunity is being missed for the mainstream media to be a real champion for truth and diversity.